Among the cereals, rice and wheat share equal importance as leading food sources for humankind. Rice is a staple food for nearly one-half of the world’s population. About 95 percent of the crop is grown and consumed in Asia. Rice provides fully 60 percent of the food intake in Southeast Asia and about 35 percent in East Asia and South Asia. 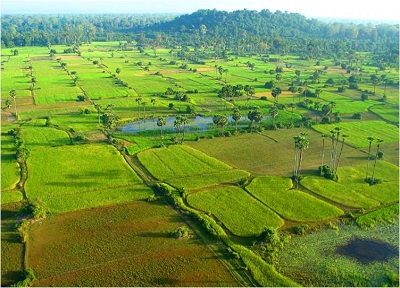 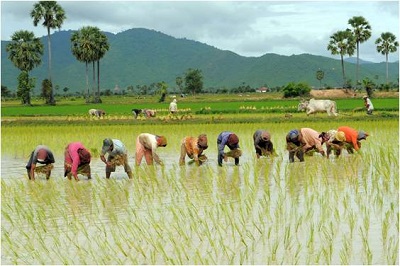 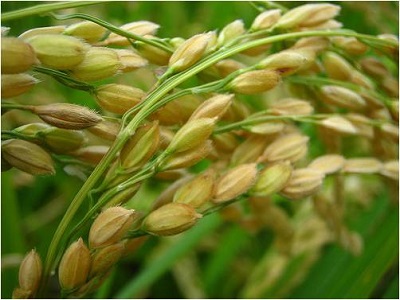 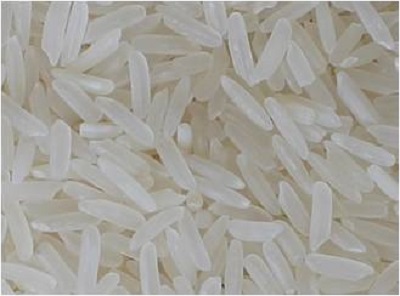 Rice growing in fields and paddies has three edible parts ? the bran, the germ, and the endosperm ? just like all other whole grains. Most of us think of “brown rice” as being synonymous with whole grain rice, but in fact whole grain rice can be many different colors, depending on the variety of rice. Most rice varieties look similarly white once they’re milled to remove the bran and germ ? but trace them back to their origins, and you’ll see a vibrant range of colors.

《 Rice growing in a field 》

Rice is generally grown as an annual crop, with seedlings planted or seeds sown in late spring and harvest about six months later. Flooding at various stages in the plant’s life keep pests and weeds at bay. Depending on the variety and on soil and weather conditions, rice plants can grow to anywhere from 3′ to 6′ tall (1-2m).

In this photo, you can see the rice “heads” filling with kernels.

Long grain rice has a long, slender kernel, four to five times longer than its width.? Cooked grains are separate, light, and fluffy.

Medium grain rice has a shorter, wider kernel (two to three times longer than its width) than long grain rice.? Cooked grains are more moist and tender, and have a greater tendency to cling together than long grain.

Short grain rice has a short, plump, almost round kernel.? Cooked grains are soft and cling together.

Sweet rice is short and plump with a chalky white, opaque kernel.? When cooked, sweet rice loses its shape and is very sticky.

This long-grain honey-red rice was naturally-bred and developed from an Indian Basmati-type seed. Like other aromatic rices, it has a distinctive nutty fragrance when cooked.(Lundberg Family Farms developed this variety of rice. While we don’t usually use brand names, we’re including Wehani rice here to illustrate the diversity of rice varieties available, and to make the point that new varieties are being developed all the time.)

India is well known for its fragrant Basmati rice, another aromatic long-grain rice with a distinct “popcorn” aroma.

Also imported from India, this long-grain rice has a reddish bran layer and a nutty, complex flavor that adds visual and taste delight to any dish.

Grown in the Sacramento Valley of the U.S., Colusari Red Rice originated in a seed bank in Maryland. When? cooked, it adds an upscale burgundy color to the plate.(As with the Wehani rice above, this rice was custom-developed, through natural breeding ? this time, for Indian Harvest Specialtifoods.)

Slightly sweeter than some other rices, Purple Thai rice was traditionally used in dessert recipes, but is now turning up in savory dishes too. Add other ingredients at the last minute, unless you want them to take on the distinctive reddish-blue hue of this rice!

Chinese Black Rice is a medium-grain rice with white kernels inside the black bran. Cooked, it takes on a deep purplish color.